Just back from Knudepunkt 2015, this year’s version of the annual Nordic larp conference. It was great! – a fantastic time of interesting thoughts and lovely people (and vice versa). I wrote last year about my experience of the 2014 KP, and a few weeks ago here about encouraging people to go along, so I won’t go into the general froth again: just quickly run through some of the stuff that I experienced there.

KP2015 header artwork from their site

The con this year was much bigger than previously – 500-odd people vs 300-odd usually. This had good aspects (more inclusive, greater variety of stuff possible, etc) and not so good ones (less easy to find and talk to people, more frustrating to be missing out on more things, etc). Next year, in Finland, the plan is to hold the con on a ship cruising in the Baltic Sea; so it’ll be interesting to see how that works out.

The program had been broken down into strands: keynotes (broadly thematic, everyone more or less expected to attend); inspiration (one or a few speakers, audience mostly listens); co-creative (interactive workshops, discussions, etc); and larps/freeforms and social events. The co-creative sessions were particularly interesting because they were generated in an unconference-like way (which I first met at Gamecamp a couple of years back). People came up with topic ideas on the day, were given assistance to work them up into proper session pitches, and pinned them up on the walls. Interested parties then just turned up to the room indicated and got busy. It worked really well, from my perspective: I got involved in stuff I wouldn’t have thought of in advance, and each such session had some very good thoughts and content. In theory all of the (dozens of!) co-creative sessions are being written up for the communal blog, but we shall see how many actually make it there I guess.

As last year, there were about 30 countries represented. The UK contingent was about a dozen, including several who hadn’t been previously and some who didn’t know any of the rest of us. Word is spreading! We had a real buzz of Nordic, Nordic-style and Nordic-inspired larp activity over here after the last KP, so hopefully this year will see another kick onwards.

I spent quite a bit of time talking to other non-Nordics who are trying to get established and recognized alongside/among their own native larp culture – which sometimes seems to be conservative and resistant to outside influences. It was good to be able to compare experiences and tactics! 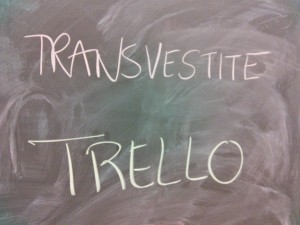 Apart from the 12 keynotes (group-themed along Rules, Rooms, Roles, and Bodies), the inspirations and co-creatives I attended were:

… all of which were excellent, a range from the severely and drily practical to the inspiring but still fairly practical. (That seemed to be my skew, this year.) I’ve got stacks of notes which I need to write up quick before I forget what they mean. But here are some bones picked out of a few of them:

Opt-in/Opt-out design was presented by Johanna Koljonen. She talked about a Maslow’s hierarchy of needs approach to player ‘safety’ – consider physical needs, then security, then belonging, esteem and self-actualization. The traditional breakdown into physical safety and emotional safety is too crude and leaves a lot out, including the insight that a lot of what we call ’emotional safety’ is really about social esteem vs. unease.

Portraying unarmed fighting was convened by Thomas Steinbrenner and involved seven workshoppers. (All of whom were male…) Discussion was about what considerations were important when thinking of how to enact unarmed combat (including player safety; resolution mechanisms, whether narrative or systematic; dramatic appeal; setting suitability; non-participants being able to ‘read’ the fight; ease of remembering techniques), and various techniques were discussed, hacked, and demonstrated. The intention is to put together a mini-website with a decision tree or other such guidance so that organizers can pick informedly from a video-illustrated library the methods which will best suit their design aims.

Music at larps gave me perhaps my biggest takeaway. It was divided into two halves: first Mark Shovmann and Olga Shovmann talked mostly about the physiological effects of different kinds of music, with demonstrative reference to the Russian larp Saint Summer among others; and then Jeppe Bergmann Hamming and Maria Bergmann Hamming talked about how they’ve used music in their freeforms Sarabande and Forrykt. The major learn from this for me was that a musical backdrop, if sufficiently loud and of the right sort of rhythm and pitch, makes it easier and more comfortable for players to play a non-speaking game. (As well as setting an emotional frame, of course.) And it represses the tendency to try and ‘make sense’ out of abstract or surreal material. Both these freeforms have a dreamlike, achronous structure, and careful choice of music helped their players abandon themselves to the game.

(Also, I really really want to play Forrykt, which is about the disjointed reveries of the dying composer Robert Schumann, at Fastaval! It sounded absolutely great.)

OK, that’s brief, but more may be emerging in due course. The general message is: there will be things here to interest you, if you have any curiosity about larp practice and/or theory. And there will be great people to talk with: both old-timers on whose experience you can draw, and others in your own situation with whom you can discuss your projects and how to make them better. And the whole thing is very friendly, inclusive and rather wonderful. Come along next year!