Silence is, proverbially, golden. But is that also true of the larp I played in at the weekend? Read on to find out!

“In a world of more and more sound, silence is becoming more valuable. Before and After Silence is about limitations and listening, and about doing almost nothing. It is non-verbal and uses silence as its starting point. It is about shifting the point of view from ‘what is’ to ‘what is not’, about shifting the focus from ‘the sounds’ to ‘the spaces between the sounds’, from ‘the actions’ to what is ‘between the actions’, and to ‘what is not done’. Rather than playing characters, we examine how we look at ourselves and how different filters can change how we see ourselves and others. We ask you to explore that silence, and to see if you can shape it. Seek to use silence as the point of origin for your actions, or as the thing that surrounds your actions. You should attempt to exercise restraint and to nothing until you have to let it go.” 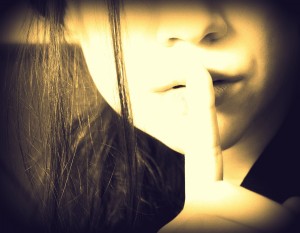 That’s the description1 of this larp, written by Matthijs Holter and Fredrik Hossmann, from the Larps from the Factory book which has made such a big impression on UK exposure to Nordic larp styles. And here it is on the Larp Factory website. Kevin Burns had organized a run of it, at an unusual venue – the Tin Tabernacle, a former chapel in the Sussex Downs.

The larp is played out without speech, but not in complete silence – there’s the sounds of people moving about, breathing, and in our run occasionally laughing, sobbing, grunting and other such noises. The reason is that each player has been given a different explanation of the setting, who they all are and what they’re doing here: some of which are more ‘silent’ than others. For example, mine was that we were prisoners awaiting verdict, and by implication that our silence was that of mute dread. Another player had it that we were all congenitally unable to speak or hear. A third, that they were dying and the rest of us were memories of people they’d interacted with during his life. And so on, different for all 15 players.

That might sound like complete chaos, because (as we didn’t have any way of communicating our individual understandings fo the setting to each other – as well as speech, miming, charades, and other ‘acting’ was forbidden) everyone was behaving in rather disjoint ways. But the game evolved quite rapidly to finding areas of commonality. You might form a connection with another player whose world-filter-bubble intersects with yours in some way, even though you have different understandings of what that is. For example, I bonded with one player who I figured was an emotionally vulnerable prisoner who might be tricked into taking the fall for my crime (part of my setting briefing was that I knew I was guilty, but wanted to avoid punishment). They though were from their point of view playing a monk from a silent order, with a guilty secret that one other person knew of – and had decided that other person was me. So their desire to placate me and persuade me not to blow their secret meshed well with my search for a dupe.

This leads into what I read as the larger theme of the game – its metaphor for life. We all go through life with a particular world-view, and when we meet other people, we don’t always take into account that their perception of the situation – or of the relationship between us – is necessarily from their own perspective, and so may be different from our own. Exploring those differences using the restricted means of communication that we have available is absolutely necessary, if we’re to make it through to any sort of meaningful connection.

Before and after larping

The larp script lays emphasis on the preparatory workshop, preparing players for silent activity. It’s well structured, doing a good job of what might otherwise be a little intimidating for people who aren’t used to silence, or have difficulty with it. There’s also a debrief structure specified, with discussion in pairs, then small groups, and then a round: Kevin followed this with individual reflection and one-on-one de-roling. Perhaps in this larp more than most others it was rewarding to be able to talk about one’s experience of it, but Kevin feels (and I agree) that this post-play phase can be tremendously valuable as part of the overall larp event. (He’s giving a talk on the subject at Knudepunkt 2015.)

Not so long ago, I would have found the idea of an abstract larp played out in silence quite offputting. A mixture of “that sounds boring and un-fun” with “that sounds terrifying, what do you do in it?” If you feel like that yourself, I understand! But it’s hard to convey why I don’t any more: why actually it was lots of fun (there was more laughter than at many less ‘serious’ larps I’ve been to) and didn’t drag or strain at all. Anyway, give it a go if you get the chance, that’s all I can really say.

The players were an interesting mix – some larpers, but mostly not; therapists, teachers, performers, men’s group workers, artists and so on. All tremendously interesting people who I hope to be able to spend more time with in the future. You can read Kevin’s own account of the event here on his Larparama blog.

(I haven’t worked out yet what, if any, connection this larp has with Brian Eno’s album Before and After Science. But you’d think there must be one, wouldn’t you?)

1 A prize to anyone who can work out what the missing word is in the last sentence.