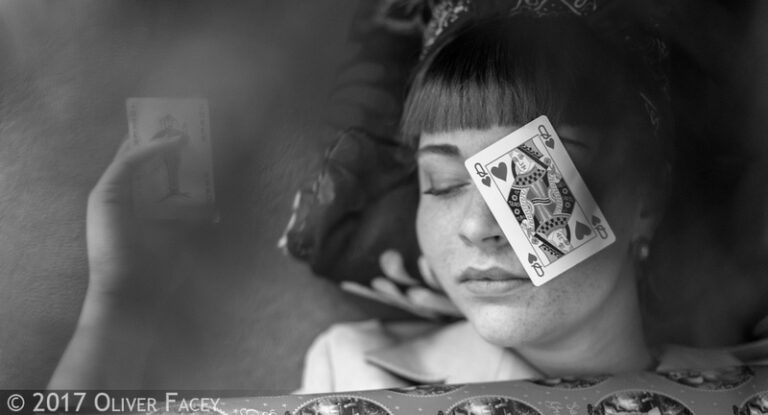 On Location was a weekend larp that ran in December 2017, at The 1908 Lodge in Gosport, UK. I was one of the designers and organizers, together with Kate Bennett, Laura Wood, Michael Such, Will Osmond, and Karolina Soɫtys.

The setting was a film location in 1932 – players took the roles of a cast and crew, waiting for the director to arrive so they could start filming. There were 32 players (one of whom was also a photographer), and five organizers, plus three catering staff who we had hired in. 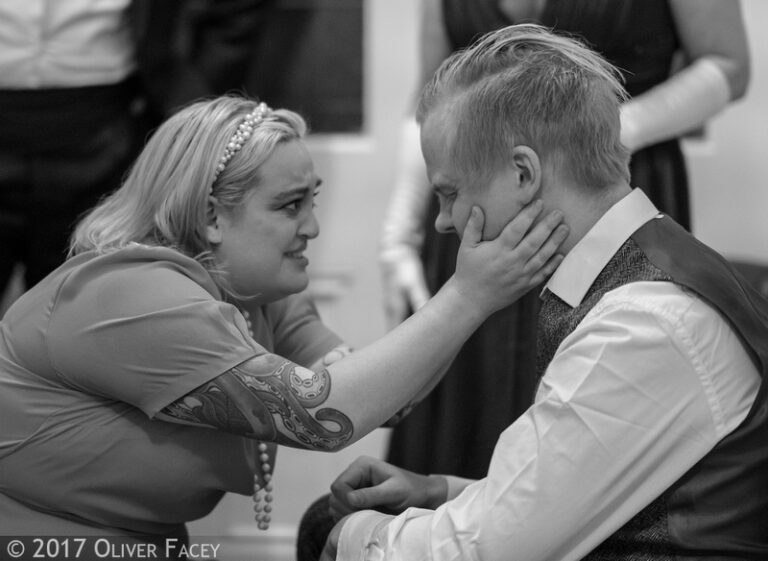 The larp was divided into two acts – the first, set just after the characters had arrived at the location; the second, several weeks later. Each act was 20 hours of continuous play (although people could go offgame while they slept, if they wished), with a four-hour break between acts.

Where did it come from?

On Location had a few different sources of inspiration. To start with, the venue: I’d played in a larp there a few years ago, and had wanted to run something appropriate there myself. Then, the idea of ’boutique larp’ that I’d been kicking around for a while: a larp that was small-scale, intimate, and physically comfortable. Proper beds, central heating and hot water, nice food from a well-equipped kitchen. Then, the emotional resonance between the present and the early 1930s — politically and socially. Finally, the play Waiting for Godot. On the literal level, On Location is an interpersonal drama set in a glamorous and decadent milieu. But it’s also an examination of a bubble amid growing political extremism and uncertainty; and it’s also an existential exploration of the meaning of humanity in a world where any higher power is either absent or at best neglectful.

We wanted On Location to have an international feel. The European film industry of the time still had that character, although the dominance of Hollywood was soon to render it passé. We felt that a mix of larpers from different national backgrounds – and different styles and expectations of play – might make for an interesting and powerful experience. As it turned out, about half the participants were from outside the UK: seven different countries were represented.

Designing the characters was the biggest task, and this probably is worth a post of its own that goes into the details… but basically we wrote them as archetypes, each with a background and relationships and motivation and so on, but with plenty of spaces for the players to personalize them. Their characteristics were carefully balanced and poised around the group so as to provide what we hoped would be the most effective network of pressures and tensions. Half the characters were actors; the others were crew (which included a couple of guests at the location). 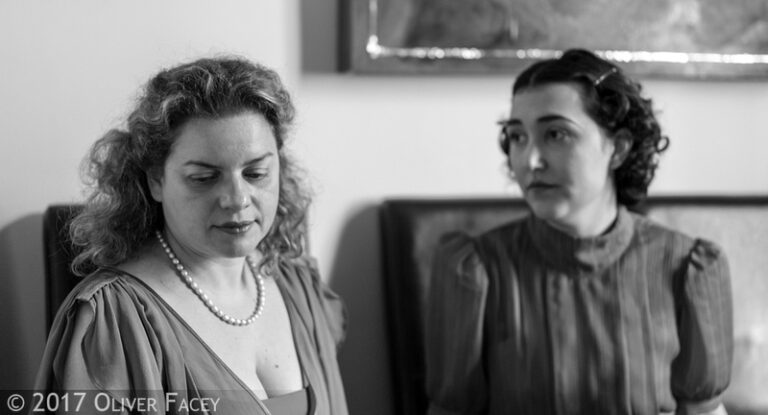 So having booked the venue and created the organization (Larps On Location), we made a website on WordPress and put together a five-minute presentation for Knutepunkt 2017. We wanted players to be able to choose which character(s) they most wanted to play, as part of the signup process – so that, in the ideal, each character was being played by someone who really really wanted to play that particular character. But that meant that we couldn’t open signup until we’d finished writing the characters, which became a bit nerve-wracking… but we got there in the end, and were pleased to be have enough people wanting to play that we had a bit of a waiting list after casting was done. 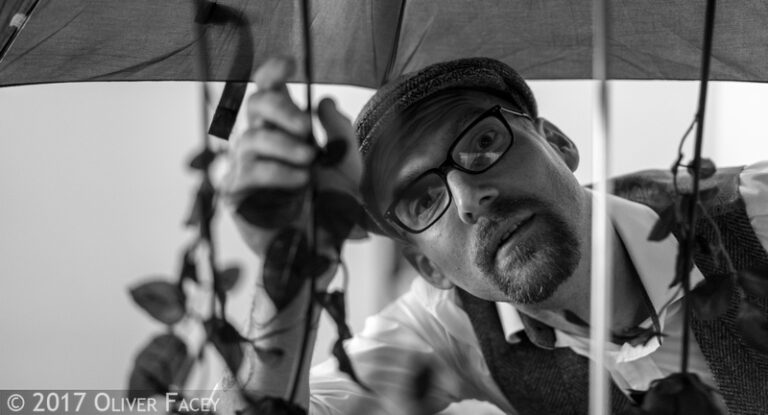 The other big design area of course was the play experience: the surroundings, props, sound and lighting, activities and so on. To be honest, we were still working on this just a few weeks before the run time: having new ideas, trying to make them workable, making and buying things. It was exciting… but it’ll be good to have most of this stuff already prepared a bit earlier in future.

We did have some players who unfortunately weren’t able to make it, including two very unlucky people with just a couple of days to go. The design would still have worked with some absences, but it wouldn’t have been quite as good; so we were very grateful to those who were able to step in at the last moment.

And then the actual event went actually pretty smoothly. Larping in the middle of a town, rather than the middle of nowhere, helped: there was a supermarket just a few minutes’ walk away, for those toilet-paper emergencies.

But basically, everything ran to the planned time, the various technical things that could have gone wrong didn’t, we were kept busy as organizers but without being run off our feet… and the players seemed to mostly enjoy it. We had some great discussion and feedback afterwards, which has helped us rewrite and tweak those bits that needed it – characters that needed more impetus; areas that were poorly explained or that didn’t work as we’d hoped; mismatched expectations caused by vague descriptions; and so on.

Because yes! – we are planning on running On Location again. We were hoping we might be able to manage it in the summer of 2018, but that didn’t work out: so it will be winter 2018–19 instead.

[All photos are by the amazing Oliver Facey.]