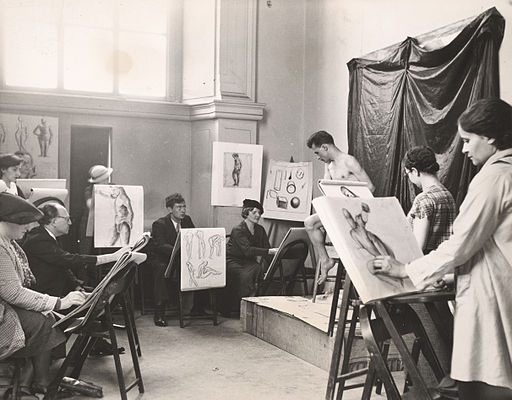 I’m getting a bit ahead of myself here, because this is very recent and there’s still loads of old stuff to catch up on. But while it’s fresh, here it is!

I ran a playtest, in London, of a new, experimental, larp idea: Life Lessons. The characters are everyday people in today’s world, who have each decided to join a life-drawing class. The class consists of eight weekly lessons, in each of which the students draw a picture of a model. After each lesson, there’s a meta scene during which each character speaks a truth about themselves – a feeling, a memory, a thought, etc. Between lessons, the students build and work on connections with each other. Each lesson has a theme (an emotional direction) which can influence the drawing, the truth, and the connections.

It’s important to say that Life Lessons is not really about drawing – although the players do draw during it, this is just as a mechanism for exploration of the self. No-one gets to see what each person has drawn apart from themselves, so a player can just make abstract marks on the paper, or anything else, if they wish.

We had 13 players, and we only had time for six lessons rather than eight, so that meant that the web of connections was not as dense as it might have been. And the players felt that more time to play out scenes around their connections would have been good. But otherwise it worked pretty well!

I’m going to do a bit of restructuring of the timetable, and extend it a bit to allow more roleplaying. And I’ll tweak the soundtrack a bit, to make it support the lesson themes better. And think about how to help players manage their emotional safety, particularly during the truth-speaking. But in general I’m pretty happy with it, and I’ll aim to get the script out there into the world shortly.

Thank you very much, all the playtesters!