The other weekend I went to the monthly meeting of The Game Kitchen. This is the group that Cat Tobin set up in London after coming back from Knutpunkt 2014, with the purpose of “meet[ing] up and talk[ing] about the design of Nordic larp, freeform games (UK and American) and story games, and then – using what we learn from each other, and from what other people have done before us – we’ll create some games. We’ll then share those games, and our conversations about the process, online so that others can learn from what we’re doing.”

This month it was about debriefs, based on a discussion led by Søren Lyng Ebbehøj that I’d been to back at Knutpunkt. There’s a writeup of the event on The Game Kitchen’s website here which goes into the details of what was talked about and so on, so I won’t go through that all again: read it if you’re interested! Suffice to say that The Game Kitchen had a really interesting discussion, and lots of good thoughts emerged.

How Was it for You?

We wanted to workshop some debrief techniques in a ‘live’ context, but we didn’t have time to run a larp and then debrief it, so instead we did a ‘game-like exercise’ called How Was it for You? This basically aims to simulate having played an intense larp, by shortcutting the players to the states that they would be in after such an experience. And thus in need (or not, as the case might be) of a debrief.

It seemed to work reasonably well – of course, it couldn’t simulate the real intensity of emotion that players would feel after a real larp, but it got close enough for our purposes. And it was fun to do!

Here’s a picture of the worksheet from it, which will be pretty meaningless I expect, but it might help give the general flavour: 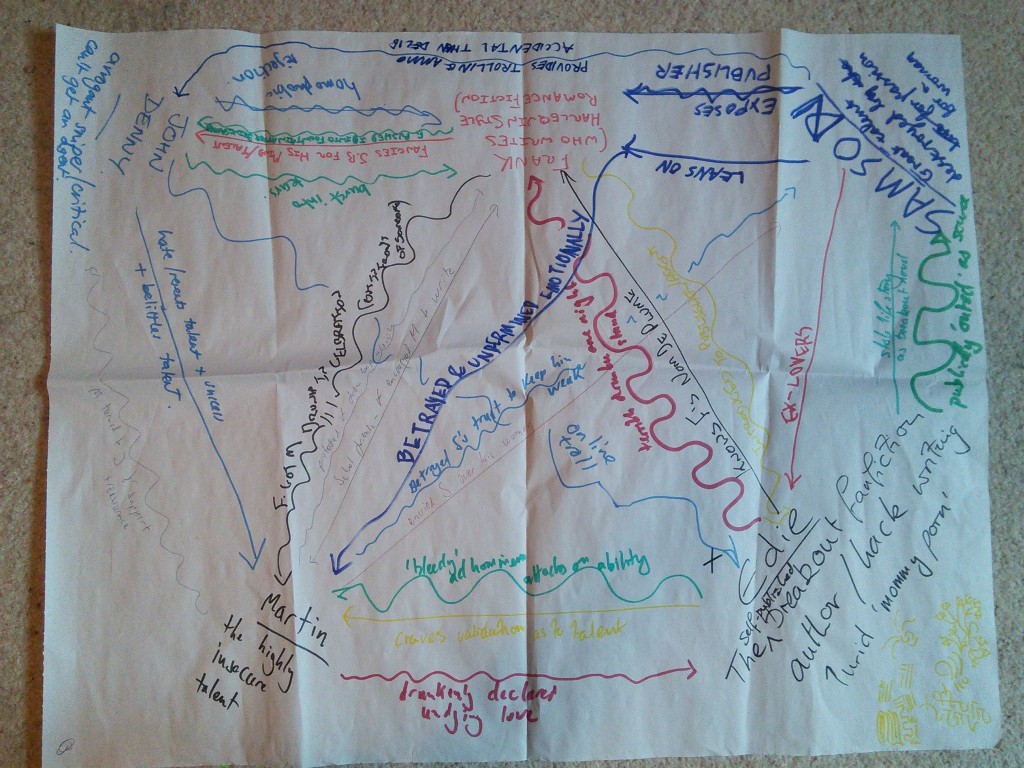 We used the setting of a group of creative writing students, for which Stuart came up with the title ‘The Writers’ Block’.

(At some point I’ll do a writeup of how How Was it for You? works, in case anyone else might like to give it a go.)