When the Dark is Gone [edited to add: written by the wonderful Becky Annison, who can be found here among other places] is a prepless tabletop roleplaying game about a group of people who many years ago, as children, travelled to a wonderful magical world. The game catches up with them as adults, reunited in a group therapy session: they are all carrying psychological disorders brought on by those childhood experiences, and by what they did to each other or to the inhabitants of the magical world. 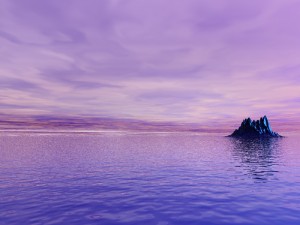 I wrote here last year about my experience of running a game of it. Rather than repeat a bunch of stuff from there, do please go and read it, then come back here:

Right then. So back then, I GMed When the Dark is Gone; earlier this week, I got the chance to play in it. I was one of four players, in a game in London. It was interesting to compare the two experiences, and also to think about the playing experience a little in the light of the stuff I’ve been doing since then in larp.

(Because, it seems to me, When the Dark is Gone pretty much is a larp, apart from the fact that you’re sitting down. You’re continuously in character throughout (after the setup phase, which in larp terms would be part of a workshop) and there are no rules, system, dice, cutting from scene to scene, narration, GM calls, out-of-character discussion, conflict resolution, or any of the other things one might associate with a tabletop. You embody your character fully and immerse within them, thinking and feeling as them. A little steering [pdf link] is the extent of the metagaming required.)

Anyway, so: last year’s run was one of the most enjoyable pieces of GMing I’ve ever done, I think. Partly because I had the pleasure of seeing a group of really excellent players creating and riffing off each other, and carefully building narrative and emotional depth and tension to a beautiful and satisfying shape. Partly because the setting was perfect: we had the right amount of time, the right configurable space, the right adjuncts (food, drink, lack of disturbance), and a holiday setting where no-one was distracted by events of the day or by when they had to catch the train. And partly because I was able to admire the cleverness with which When the Dark is Gone was designed for its purposes, and the excellent guidance included with it.

From the player’s point of view the other day, it was really nice to be able to enjoy When the Dark is Gone without the reponsibility of GMing it. (Of course players have a responsibility to each other and to the GM, and to generally be a good player, but it’s not the same.) Again it was with terrific players who were hugely creative and supportive. We were playing around a table in a busy pub room initially, and later had to move to a flight of steps outside Liverpool St station (!), so from that point of view the conditions weren’t ideal: but the GM did a great job of holding things together, managing the flow of the story, and keeping everyone happy and focused.

And that all meant that it was lots and lots of fun. The subject matter is in places dark, even disturbing; but the process of building the characters and the world, and the way the players explore it all together, is tremendously rewarding and enjoyable.

Coming to play When the Dark is Gone after having done a bunch of Nordic-style larp stuff in recent weeks, I was struck by the ways in which it was like a larp (as rambled about above), but also by the ways it wasn’t. In particular, the setup phase, which in a Nordic larp would have been part of a larger workshop. As well as co-creating the characters and the background, time would have been spent on preparing the players themselves for the game. This might have included warmup and focus exercises, impro practice, little one-on-one scenes exploring past incidents and relationships, and techniques to enhance trust and bonding among the player group. Of course, in the context of a tabletop game, this sort of thing would be very unusual. But I wonder: why not give it a go?

I think next time I run When the Dark is Gone myself, I will do it in a more larp-like way, with a workshop of this sort beforehand. The idea really will be to increase player immersion. Having control over the environment (space, timing and so on) would help, but you can’t always arrange that. And you can’t always expect to have really skilled players who can find their way into their characters and into their group dynamic as capably as the groups I GMed and played with.

Time for another poll!