Last weekend I was in Dolgellau in north Wales, running a pervasive game called The Loving Cup. 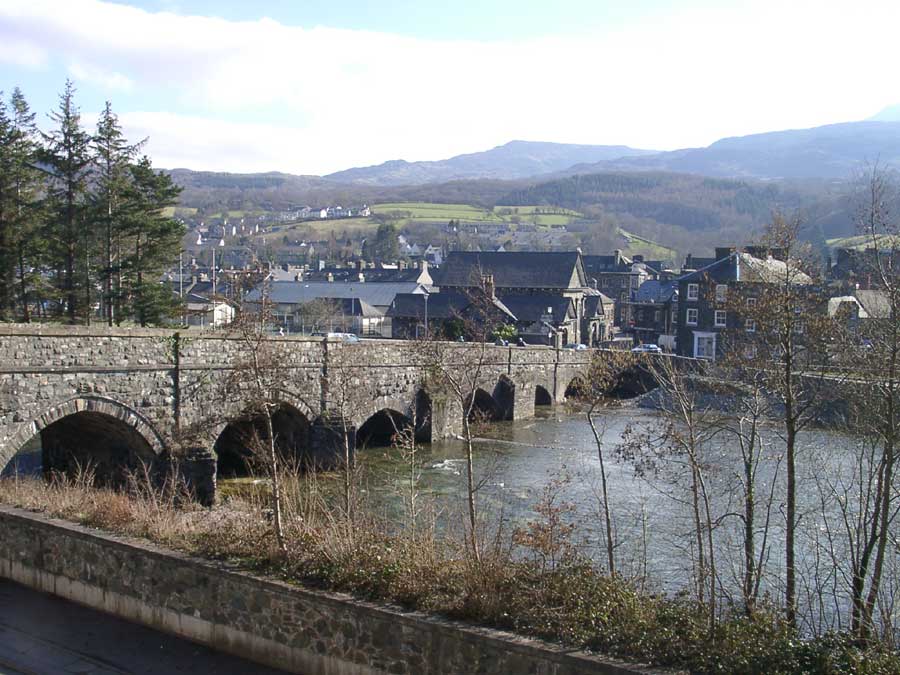 The term ‘pervasive game’, if you aren’t familiar with it, is quite a vague one and somewhat contested, with other similar terms grappling for idea-space. Wikipedia says:

“A pervasive game is one where the gaming experience is extended out in the real world, or where the fictive world in which the game takes place blends with the physical world.”

Montola, Stenros and Waern (whose book Pervasive Games is pretty much the definitive work on the subject at present) put it more theoretically, saying that a pervasive game has:

“one or more salient features that expand the contractual magic circle of play spatially, temporally, or socially.”

For my own practical purposes I mean a game whose gameworld coexists with the real world, and permeates it in some sense. So as you go about your business doing things in the real world, you also have opportunities of interacting with the game world.

Why was I running it?

I’ve been working on pervasive games for eighteen months or so now, and have started off a couple of projects, which didn’t reach fruition because of a lack of funding in one case, a lack of time in the other. The Loving Cup was a much more modest proposal: and probably for that reason, it did get realized and seemed to work pretty well.

So, the background is: a friend of mine was having a birthday party, and thought it might be fun if I ran some sort of game at it. I suggested a pervasive game with these qualities:

How did it come out?

I’ll publish the whole game for people to have a look at, when I get back to my office and can put it up on the website. So I won’t go into details here. But I will mention a few learning experiences that were involved…

My most major concern was cultural. I’m not Welsh myself, and I was concerned that the game shouldn’t be exoticizing its setting – treating Wales as a quaint foreign place whose cultural heritage and historical legacy were OK to be raided for game purposes. I wanted to make sure that all the game’s content was properly respectful of its roots. (Missing this target would have been particularly painful, as most of the players were going to be Welsh, and many of them Dolgellau locals.)

How an outsider can really manage this is unclear. My best answer was to (a) do a load of research, and (b) get some Welsh people to vet it during the writing process (thank you! – Claire in particular). What I wanted ideally to end up with was a game that didn’t have any ‘this was clearly not written by a Welsh person’ elements. I think I pretty much achieved that – and people I talked to about this aspect were generally approving – but ultimately it’s not for me to judge, of course.

So, will this be the first of many, will it lead on to bigger and more ambitious things? I’m not sure. Although I loved the game design side of it – it posed a number of interesting challenges compared to the sort of things I usually design (particularly the requirement to not make it too absorbing…) – the logistics and cat-herding side was quite painful. This is not really a strength of mine. And this was a pretty small project: a larger one would have more of that aspect of things. And probably more technical requirements too: which I can handle, but isn’t really what I’m best at. So ideally I would want to be doing this as part of a team. Where, again ideally, one of the team members who isn’t me has that magical gift of persuading people to put up money…

If you’re interested in being involved in future such projects, let me know! It’ll be fun!