I spent most of last week in the 1980s, in New York. I was Abner Finkel, a professor of modern literature at Columbia University, and a radical nihilist poet.

The larp was Just a Little Lovin’, my first long-form Nordic larp. It was written by Hanne Grasmo and Tor Kjetil Edland and is one of the acknowledged high spots of the movement (if it is a movement, which is a slightly vexed question that I’m not going to get into now).

All in the game

JaLL is for 60–70 players and spreads across five days, including three 18-hour-ish periods of play (‘Acts’) set successively on the 4th–5th July of 1982, 1983 and 1984. These are preceded by a day of preparation, and followed by a day of decompression. This was the fourth time of its running; and having heard amazing things from people who’d played previously about how it had changed their lives, made them see the possibilities in larp as an artform, made them see the world in a different way, and so on, it had long been on my wishlist. 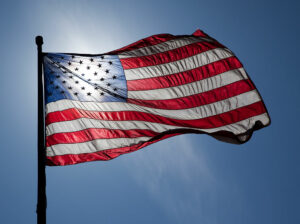 The frame for JaLL is the coming of HIV/AIDS to (mostly) the gay community of the city. There are characters of a wide range of genders and sexualities, but most are gay men. Each of the three Acts has a presiding theme: Desire, Fear of Death, and Friendship. And so the overall story progresses from untroubled hedonism in 1982 to shocked reaction in 1983 to communal gathering and support in 1984. (This somewhat compresses the historical timetable, but it works better for the larp that way.)

As a play experience, JaLL is extremely emotionally intense. The characters have close personal bonds with each other, and in each Act some will be struck down by a terrible and (at that time) fatal disease. And each character has a personal journey to travel which in many cases will likely involve difficult relationships and life problems. The characters are defined briefly but with powerful motivational drives which will generate tension before they can be resolved.

I have never had my mind opened more by a larp, nor felt more bonded to a group of co-players – including those who I didn’t actually interact with during play. And, importantly, this is not because we came through a terrible experience together: it wasn’t like that at all. It’s because we came through an amazing and uplifting and life-affirming and worldview-changing experience together.

What a wonderful world

I’m not going to talk in detail about the design, as that would be a big topic, but this is the aspect of it that most impressed me. JaLL is a microcosm (albeit an unusually fabulous one). Characters from different social levels and with a very wide range of drives and motivations are forced together by de facto isolation within wider society – mainstream America doesn’t want to know what’s happening to them. They have to learn how to lay aside differences, work together and build a community of support. And so we as players, by working through that process as them, are learning the same things: how to be kinder, more understanding, more tolerant and more supportive – as members of our community of larpers, and as human beings in general.

The book of love

If you’ve got this far, you might like to check out the pdf book that was put together after the 2013 run. It’s a mix of players’ testimony about their experiences, context pieces, and designers and organizers explaining how it worked.

There are plans afoot to run JaLL in the USA in 2016: and it would be fantastic to run it here in the UK some time, too. Let me know if you think you’d be interested in being involved! You won’t regret it, I promise.

4 replies on “Just a Little Lovin’: actually, more than a little”

[…] Just a Little Lovin For Mo this was his first Nordic larp and he gives a good account of what made it so strong and good. […]

[…] was aware of this going in, of course. The main reason why I wanted to be involved was that I had such an amazing experience — life-changing, in a small way — when I participated in JaLL myself. So I wanted to […]