De la Bête is a Czech larp, for about 100 players, which has run eight times over the last few years. I attended the first international run, a couple of weeks ago. The organizers, Rolling, had tried for an international run in 2015, but couldn’t get enough interest: it shows how rapidly and how recently the international scene has developed that they had no trouble selling it out this time around. 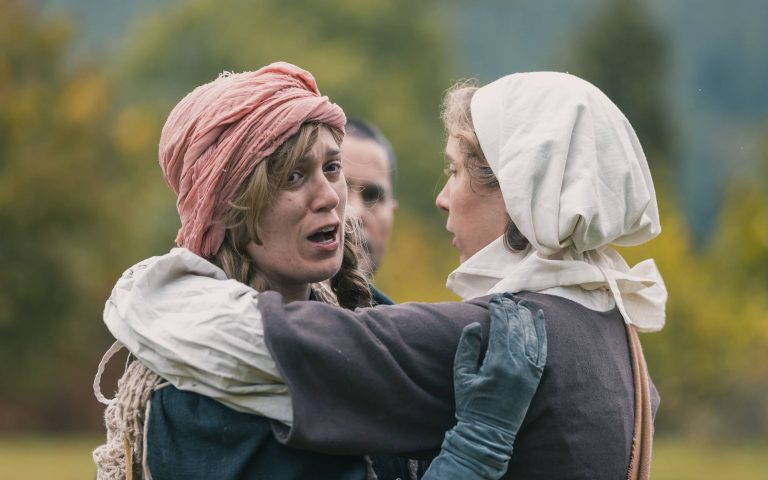 Part of my personal background to the larp was from having edited this interesting article by Kamil Buchtik, one of the designers, for nordiclarp.org: I was fascinated by what he had written about the story structure, and the changes that had been made as the design evolved. (There’s also this explanatory article by designer David František Wagner, from the Nordic Larp Yearbook 2014.)

Another part of the appeal was that costumes were provided. This is I guess not uncommon in the big expensive larps that are around these days, but I’m not likely to attend one of those: De la Bête was at a much more affordable price. I was really interested to see what it would look like when designers are able to run their visual aesthetic right down through the larp like this.

Beast of a feast

And then of course the setting and subject matter were hugely appealing. The Beast of Gévaudan has interested me from when I first heard of it – it seems to have tremendous illustrative and exploratory power in relation to everything that was wrong with C18 rural society. And the larp’s design picks up this theme: the Beast (if it exists…) is a symptom of the various sicknesses and evils in the hearts of the local inhabitants, and of the larger ills that paraded the continent. The Morsange of De la Bête is a microcosm of pre-revolutionary France, from the haughty nobles in the castle to the miserable prisoners toiling on the archaeological excavation; but its themes are the general human themes of literature that resonate just as powerfully today. Family, love, faith, reason, responsibility; betrayal, misunderstanding, temptation, weakness, despair. 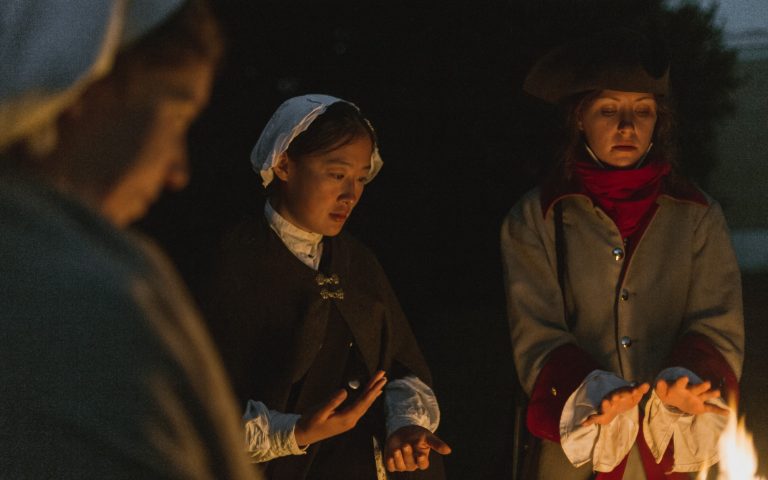 It seems to me that the ‘novelistic’ design of De la Bête – each character is the protagonist of their own novel-like narrative – has a good deal in common with the French ‘romanesque’ style described by Muriel Algayres in this article and elsewhere. I’d be interested to hear a conversation about the similarities and differences.

It also has a relationship to the UK-freeform weekend larp tradition. There’s a similar emphasis on the emergence of secrets as an engine of unfolding plot; and a similar ambition to provide different styles and ‘levels’ of story within the same unified framework. There are significant differences, though, which I think are worth picking up. UK-freeforms tend to be built around one ‘big plot’ in which all characters can be to some extent involved; and designers typically aim to create a rich web of cross-connections between characters and between plots, so that players can get involved in pretty much any part of the story if they follow the right threads. This makes, at the end of the larp, for a deeply braided and interwoven overall story picture: but it can mean that individual narrative arcs appear rather reactive or incoherent. De la Bête, on the other hand, specifically discouraged players from getting involved in plotlines that were not ‘their own’ – there was an explicit understanding that for each individual player, there would definitely be large parts of the overall story which they would and should have no contact with, or awareness of. 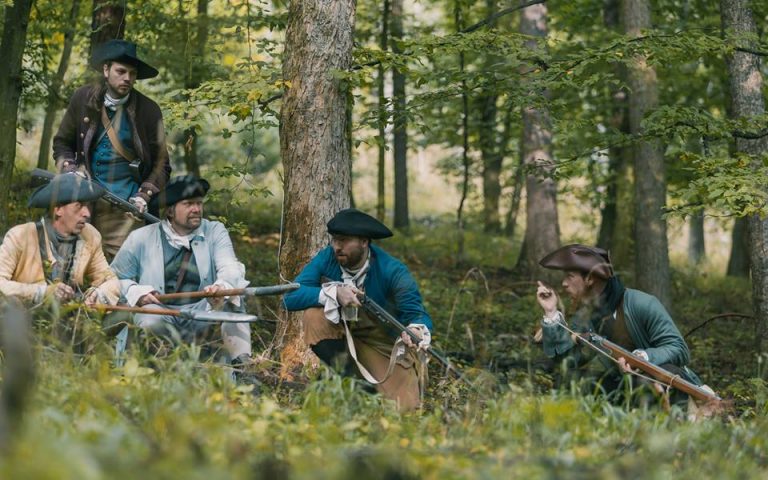 This was partly achieved by the extensive use of npcs. The event had a crew of about 20 people, and most of them were full-on playing a multitude of different npc roles, scheduled and coordinated by a slightly terrifying spreadsheet – sword-fodder, message-bearers, traders , supernatural (possibly) beings of various types, figures from the past, external authorities – basically everything that was required to fill out and move forward each of the characters’ storylines. Which in a UK-freeform design would generally be done almost exclusively by links to and actions generated by other player characters.

A similarity with UK-freeform though, which sets both styles apart from most other international larps that I’ve played in, is the emphasis on secrecy. Each player had their own secrets from the others, and the GMs had secrets from all of the players. We were strictly enjoined not to discuss any of our character information with each other in advance of the larp: to the extent of not being allowed to make contact to calibrate relationships and establish common facts (such as how long a couple had been married). And still less were we to engage in any pre-play, other than a series of brief semi-scripted scenes in which groups of characters performed for the other players as audience, during the pre-larp workshop. I found this a bit frustrating, because it felt like the organizers didn’t trust the players to be sensible about what to share and what not to share. 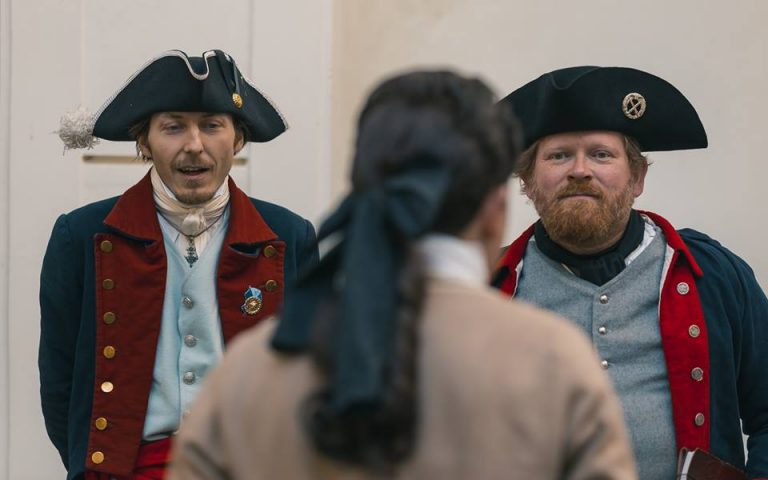 Another reservation I had related to consent. Because there were plot elements that players were unaware of in advance – developments, and encounters, that the organizers would drop onto them during play – I would have liked to see broad consent to categories of content being explicitly obtained beforehand. But as it was, some of these unexpected incidents were quite disturbing and potentially triggering: for example, unadvertised elements of jump-scare horror. I’m not against surprise as a design too, at all – I think it can be great – but I think it needs to be used with some caution when it involves material that might be distressing in this way.

OK so that’s enough about design. What was it like to play in?

Well, I had a terrific time. My character was a minister of religion plagued by doubt about himself and his faith: he had a beautiful story of growing desperation, inevitable crisis, and eventual (questionable) personal redemption at great cost. So the casting process – a lengthy questionnaire about play preferences, then a choice of three characters in capsule – had worked perfectly. My general area of the larp – the villagers of Morsange – was mostly about domestic drama driven by internal and interpersonal tensions of morality and duty, which is just my sort of thing. But at the same time, other characters were hunting monsters in the woods, camping and fighting; and others were following investigative clue-trails; others were deep in conspiracy plotting; and so on. The larp design intended to be lots of different things to different people. If as a player you had a clear idea of what kind of play you wanted, and the practicalities of casting permitted it, you could find satisfaction in all sorts of ways. 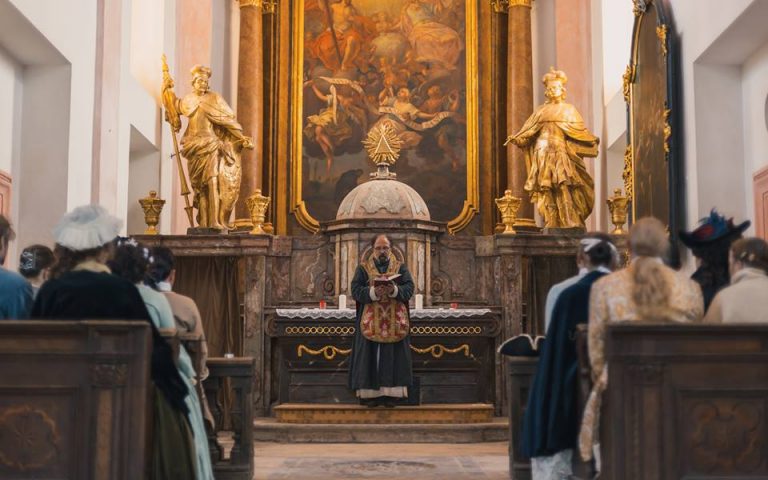 Yes, the site included a real baroque church; only in occasional use, and so available for larped services like this one depicted
(photo by Willy Vinka)

The larp site was huge, and amazing. In the hills near Karlovy Vary, Valec holds a complex of buildings in varying states of decor and of repair, to suitably accommodate the different classes and groups. Facilities were quite basic – sleeping on camp beds or mats in unheated rooms – and sanitation was via cold water and portaloos. But there was an out-of-game café (as well as the in-game refectory and tavern) which allowed intermittent respite for the caffeine-addicted.

Play lasted about 48 hours, preceded by some hours of workshops (although to be honest these were really mostly briefings rather than genuine workshops) and followed by a short debrief and a very welcome after-party. 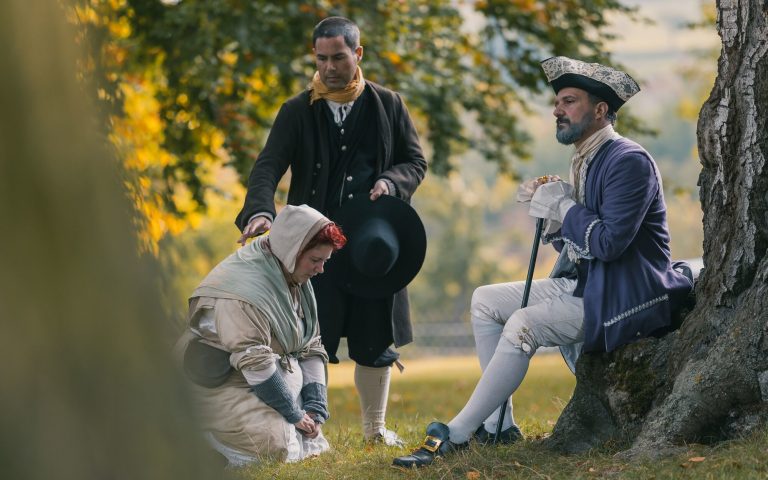 So what about that visual aesthetic? It was pretty amazing – as hopefully the pictures here show. This one illustrates beautifully the gradation from the Baron’s elegant garb, via my character’s practical homespun, to the dirty rags worn by a prisoner. With costumes for each player, plus the myriad npcs, and huge numbers of props and other equipment used to generate special effects of lighting, sound, etc, it’s quite a staggering practical effort for a one-shot (albeit repeated) larp. There were occasional glitches and delays, of course – it’s inevitable in an event of such scale and complexity. But overall, things functioned very smoothly and punctually – an impressive display of organization.

De la Bête is not a larp for everybody – there’s no such thing, of course. But it does work hard to offer a wide range of different play experiences within a coherent whole. If you like the sound of the ideas, you probably will find a space to enjoy within it. I’m very glad I went!