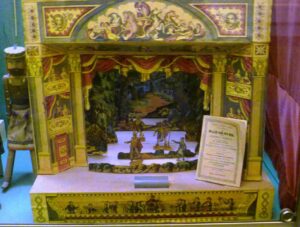 In traditional tabletop roleplaying it’s quite commonplace for there to be scenes in which the GM is interacting with a subset of the characters, and the other players are essentially an out-of-character audience. Perhaps the priest and mage are meeting with the NPC mayor, while the warrior and thief are twiddling their thumbs offstage. Or perhaps they’re also up to something interesting like raiding a silk-merchant’s shop, which the GM will cut back to once this encounter scene has finished. Either way, the players of those characters are listening attentively1, as an audience, while the others engage with the GM.

Who makes the scenes?

Generally it’s the GM who determines what the succession of scenes is going to be: they decide when to break out a subset of players, when to recombine them into the whole group, when to handle one subset before the other. They judge what’s going to be best for story flow and for dramatic tension. (‘Split the party, did you say?’) In general, in classic tabletop practice, scenes are played out to a natural conclusion; or else maybe cut away from for suspense purposes, but to be resumed later in real-time without a game-time gap.

What about in larp?

Meanwhile, in trad larp, any sort of formal division into scenes is unusual. Different encounters or other pieces of action may take place in different locations, but the game reality moves along between them. Generally all the players are continuously in character2, with time flowing uniformly. In a larp, while the priest and mage are talking to the mayor, the warrior and thief may still be twiddling their thumbs, but the players will have to actually do so in character somewhere off to one side. Or they may be somewhere else doing their silk raid while the mayor meeting progresses, with another GM managing that – but either way, the point is that they are never in the situation of being an out-of-character audience to what their fellows are doing.

The first tabletop experience I had which made me think hard about scene structure was the Call of Cthulhu supplement Blood Brothers (John B Monroe et al, 1990). This consisted of a set of short scenarios based on the tropes of film horror – so there was a Hammer-style one, a zombie one, an Abbot & Costello one, and so on. But the novelty for me was that the GM was encouraged to cut scenes hard and fast, like an impatient film editor, rather than letting them play out – cuts could skip over whole chunks of action and exposition, and passage of time, so the scenes presented a series of highlights of the story rather than a complete record. I was a bit wary at first (won’t the players wonder ‘how come we’re suddenly on a coach in the forest, how did we get here?’) – but in practice, players loved it. And I started using the technique in my own games.

So, fast forward3 to modern tabletop storygames, in which the game design itself may specify a fixed set of scenes that are to be played, intended consciously to illustrate key narrative events (and only key ones). This is evidently useful in GMless games, as no-one then has to make those pacing and narrative decisions during play – the designer has already made them for you. So for example in FIASCO (Jason Morningstar, 2009), each act of the game consists of exactly 2N scenes, where N is the number of players: with the content of the scenes being (to some extent) determined by each player in turn. Each scene will definitely involve one character, but it might or might not involve any or all of the others: and any players who are spare in a given scene4 are essentially audience. In A Family Affair (Ashley Griffiths, unpublished, but it’s been around since 2013) it’s even stricter: there are two scenes involving all four players, one involving three of them, and six involving two only.

OK, so now to look at freeform5. This inbetweeny area of gaming grew out of tabletop but involves some larp-like elements. So freeforms often have specified scenes, like a tabletop storygame; but those scenes are played out live, like a larp. And so during those scenes, if they don’t involve all the characters, those players who aren’t involved are usually6 in the position of being out-of-character spectators on the scene.

And this is what I wanted to look at in this post (yes, everything up till now has just been preamble – sorry about that). The status of being a player in a live game (some freeforms are larplike in every way except in this characteristic of being divided into specified scenes), but some of that time being an audience for your fellow-players. So you alternate between embodying a character playing stuff out, and silently spectating as others do so.

The first game I played like this was The Curse (Lizzie Stark, 2013) which I wrote about here. Other examples include:

Emily Care Boss suggested ‘spotlight scenes’ as a name for the style. Because each scene spotlights a subset of the players, to which the others are audience.

What I find interesting about a spotlight-scenes game is that (to me at least) it feels strongly communal and supportive – more so than if just playing live in-character all the time, as normal. During the scenes when you’re in the audience, you can release your own character temporarily, and concentrate on enjoying and willing-on the play of your fellows. I’ve found this to give me much more personal investment in the quality and depth of their games – as distinct from my own game, rather than just as complementary to it – than is the case when I play in character throughout. 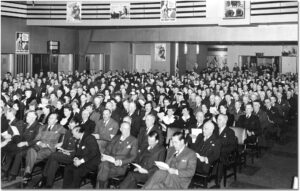 It might be that I’m unusually self-absorbed in the more normal situation, and other people are generally able to always remain fully aware and appreciative of and involved in the other players’ actions and feelings even while themselves playing. But if so, I don’t think it can be all that common a skill, so there are probably still plenty of people like me who often kind of have their head down while role-playing. It’s a relief as well as a pleasure to be able to raise it and to get a view of what your friends and playmates are up to – and then to respond to and to incorporate their keys into your own game when you take your own next turn in the spotlight.

What do you think? – have you played a spotlight-scenes larp or freeform? Would you like to? Do you think you might get bored during the ‘off’ scenes? How would you set about designing such a game?

1 OK, they may actually be on their phones, chatting to each other, or getting pizza. But they’re not present in the scene in character, that’s the main thing.
2 Barring ‘battleboarding’ breaks after encounters for assessment and application of damage etc, in very trad larp.
3 (See what I did there? 😉
4 They might be given NPCs to play. But this is a lot more likely in some FIASCO playsets than in others.
5 Not the UK meaning of this word, but the meaning that’s used in the US and continental Europe. Lizzie Stark has a good explanation of it.
6 In some games they may be intervening in the scene in ‘meta’ ways, or they may be actually role-playing an in-character audience – but typically they’re just spectating.
7 Thanks to various helpful people on the I <3 Freeform Facebook group for suggesting these examples.